Webmobyle is passionate about providing solutions to everyday situations and challenges by means of technology in Mobile App and Web Development as well as related services for international clients.

Download: The Future Web: Web3 and What You Need To Know 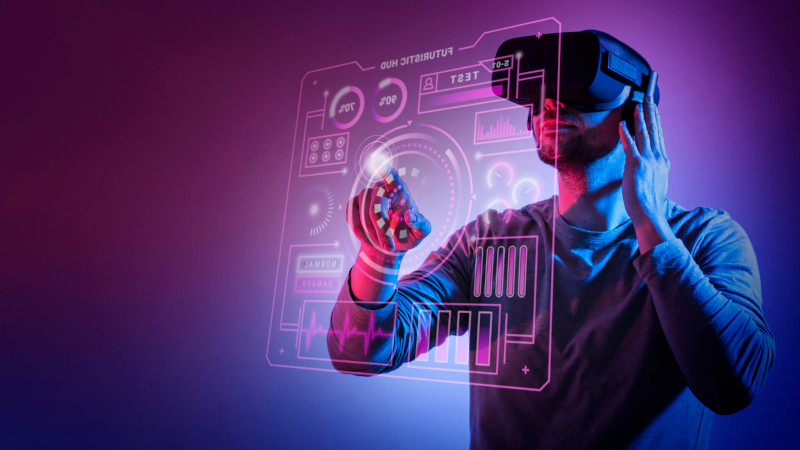 All technology evolves over time. Just like the automobile that came off Henry Ford’s assembly line in 1913 now bears a distant resemblance to today’s modern cars: over time, it is guaranteed that the later versions of technology look vastly different from their earlier iterations.

The Web is no different, and changes in this sphere of tech evolve at one of the highest rates of change of any technology. You might not be aware, but the Web has gone through 3 different major classifications.

We are now at the precipice of moving to the third major iteration of the Web, dabbed Web3. If this is the case, then why have you likely not heard of Web1 or Web2, or yet, Web3?

The Progression of The Web

The most plausible explanation of why you have probably not heard of the names dabbed for the 3 iterations of the Web is that: until Web3, the transitions from Web1 to Web2 was not that fundamental and hardly anyone ever talked about it.

This transition will turn what we are accustomed to, completely upside down. It is a disruptive change that will structurally change everything.

The most distinguishing characteristic of Web3, is that it is a Decentralised Web (More on that later) and the giant companies like Google or Meta, that now dominate the Web, will have to drastically rethink their business models to continue thriving in the coming era of Web3.

Before we continue, let me dive into a discussion on the various iterations of the Web so that you know what each iteration entails.

This is the first version of the Web, designed to help people better find and access information. It is sometimes called “the read-only Web”, because it lacked the necessary forms, visuals, controls, and interactivity we enjoy on today’s Internet. There were also significantly few creators of content relative to consumers.

Web 1.0 was dominated by the following characteristics:

This is the version of the Web most of us are actively using right now, although Web 3.0 is on the horizon. In this version of the Web, the vast majority of users are able to generate content. An example is you posting and commenting on social media. The growth of the Web in this iteration has been accelerated by the existence of multiple device types, especially mobile devices.

Web 2.0 is focussed on participating and contributing, by enabling User-Generated Content (UGC) for a larger audience. It is all about the end-user experience in a very big way. As a result, its main features are for creating communities, collaborations, dialogue, and social media. Hence Web 2.0 is also known as “the participative social Web.”

Web 2.0 is dominated by the following characteristics:

Web 3.0 is the latest iteration of the Web, and is currently being used by a small group of Innovators and Early Adopters. Despite the hype, essentially, when we talk of Web3, we are looking to the future, and I believe that future is a long way off.

There are only a few elements of Web 3.0 currently available on the Web today. I do not want to hazard a guess, as to when I think universal adoption of Web 3.0 is going to happen, and in the process put my foot in my mouth. These things are hard to predict, even by hardcore experts.

Web3 will move users away from centralised platforms like Facebook, Google, Tik Tok or Twitter, in their present form and towards decentralised, nearly anonymous platforms. The envisioned Web3 iteration of the Web will be intelligent and autonomous, dominated by an Open Internet, powered by Artificial Intelligence (AI), Internet of Things (IoT), Blockchains and Cryptocurrencies as well as the Interplanetary File System (IPFS).

The rate of development and adoption of these technologies will determine how soon Web3 will be fully realised and universally adopted. It will be used to build Privacy and digital infrastructure, through use-cases like zero-knowledge proofs and more secure personal information.

Community members will own online communities. Web3 will ultimately let users interact, exchange information, and securely conduct financial transactions, without needing a centralised authority or coordinator. As a result, each user becomes a content owner instead of just content creator or user.

Web 3.0 will be dominated by the following characteristics:

What Can You Do To Prepare?

This might be an unpopular opinion in the eyes of Web3 proponents at the time of writing, but I believe Web3 still has a long way to go, in order to mature enough to become the predominant iteration of the Web.

At the time of writing, for the most part, Web3 is at the Innovators stage and may be transitioning to the Early Adopters stage. For this reason, this iteration of the Web has a long way to go until it becomes mainstream.

I say a long way, because the core technologies and concepts underlying this iteration of the Web: Blockchains, Cryptocurrencies and Token-based economics, as well as the Interplanetary File System (IPFS), that will power it, are still in infancy, and will take a very long while to mature and receive universal adoption.

What can you do to prepare yourself for Web3 becoming mainstream? The answer depends on which stage of the adoption group discussed above, you fall under. If you are an Innovator or an Early Adopter, and you like to experiment with new technologies, then the time is now.

If you are an average Joe or Jane on the other hand, then you will have to wait your turn, quite a long while. Presently, the technologies that define the Web 3.0 iteration of the Web are always in flux and changing at breakneck speeds. They are not yet standardised. Web browsers have not even caught up yet, with the Brave Browser being the most innovative and leading the charge.

So, really, how can you prepare for Web3? If you are an Innovator or Early Adopter in this space, then this blog is beyond the scope of guiding you on how to get started, but there are lots of resources on the Web to get you the push you need. Just Google it!

If you are an average Internet user, I’m not in a position to guide you on how to prepare, because the technologies that are there today for Web3, will be vastly different in a few months, due to the flux I mentioned earlier. The best way to prepare, in your case, is to follow the topic as much as possible, and be in a better position to know when it’s your turn to jump on the Web3 bandwagon.

Want to know when a new Blog Post is published? Please

Refusing To Change Is A Dangerous Thing

Does Your Business Need Marketing or Sales?

Challenges Are The Stepping Stones to Success

AI and The Future of Web and Mobile Development

The Social Media Landscape Is Always Changing: Be Prepared

Technology And The Nature Of Work

Refusing To Change Is A Dangerous Thing

Effectively and Sustainably Marketing Your Business

Phishing: Hacked Online and What To Do